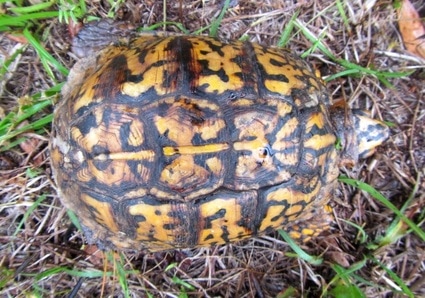 Hybridization and Introgression in the American Box Turtles
Bradley Martin, Marlis Douglas, & Michael Douglas; University of Arkansas; Fayetteville, AR
The North American Box Turtles (Terrapene spp.) are of conservation concern throughout their range. Their populations are in decline due, in part, to road-based mortality, loss and fragmentation of habitat, and invasive predators. Despite recent efforts to resolve box turtle classification using molecular phylogenetic data, some phylogenetic relationships have not been fully resolved, particularly regarding the four taxa inhabiting the southeastern United States. It has been suggested that the southeastern taxa, T. carolina carolina, T. c. triunguis, T. c. major, and T. c. bauri, might consist of at least two separate species and that introgression could be occurring. Given that many conservation efforts are focused at the species level, and often ignore subspecies, it is necessary to have an understanding of which taxa represent unique species. Furthermore, detecting introgression, or hybridization without introgression, allows managers to make more informed conservation decisions by identifying populations or areas that may need to be managed differently. Based on previous research, it is clear that a limited number of mitochondrial DNA genes or nuclear introns are not able to resolve the classification of these four taxa. Martin et al. will employ double digest restriction-associated DNA sequencing (ddRADseq), a reduced-representation next generation sequencing technique, in order to 1) disentangle the phylogenetic relationships of the four southeastern taxa, 2) assess whether hybridization or introgression is occurring between them, and 3) determine if introgression is an historic or recent occurrence. (Complete) 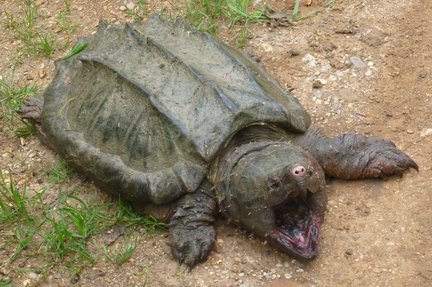 Alligator Snapping Turtle in the Pascagoula River Basin in Mississippi
Luke Pearson, Carl Quals, Brian Kreiser, & Gabrielle Berry, Univ. S. Miss.; Hattiesburg, MS
Alligator Snapping Turtles are the largest freshwater turtle in North America, reaching carapace lengths of 80 cm and weighing up to 113 kg. Because of this size, Alligator Snapping Turtles were harvested for meat during the 1970s and 1980s. With this species' longevity, low reproductive output, and need for extremely high adult female survivorship to maintain stable populations, unregulated harvest caused drastic population declines. This species is protected in most states and is considered vulnerable by the IUCN. Recently, research has provided evidence that there are three species of alligator snapping turtles, with each species having a significantly smaller range, and thereby being possibly more imperiled, than previously thought. The U.S. Fish and Wildlife Service will reevaluate the status and distribution of alligator snapping turtles by 2020. However, there is a lack of geographical distribution and abundance data for this species in Mississippi, which comprises a substantial area within their range. By systematically trapping the large river basins, starting with the Pascagoula River and continuing to other basins (Mississippi floodplain, Tombigbee, Pearl, Black River, and Yazoo) within the coming years, Pearson and colleagues will assess the abundance and distribution, which will fill this knowledge gap and assist the U.S. Fish and Wildlife Service in assessing the status of the alligator snapping turtle. (Complete) 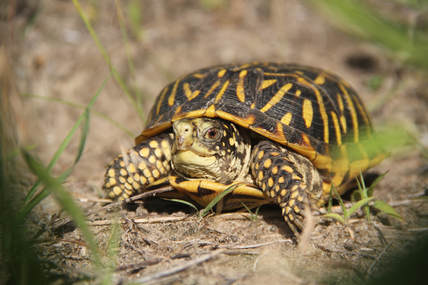 Landscape Genetics of the Ornate Box Turtle on the Pine Ridge Reservation, SD
Camille Griffith, Black Hills State University; Kyle, SD
​The Ornate Box Turtle (Terrapene ornata) is considered a species of greatest conservation need in South Dakota. They are also a sacred species to the people of the Sioux Nation. In response, an ecological study on the ornate box turtle was conducted on the Pine Ridge Indian reservation in order to assist in developing a conservation plan for the state. Since 2012, more than 300 individuals have been identified. An important component of the project is landscape genetics. DNA from fingernail clippings is being used to identify gene flow, population structure, essential environmental predictors, and landscape barriers using next generation sequencing. The box turtle project is the first wildlife study to use genomics as a tool for the Oglala Lakota Community (Turtle Nation) and it is also being conducted by a geneticist member of the community. Results of the study will include knowledge on gene flow and population structure to assist in future conservation of ornate box turtles throughout the Nation. 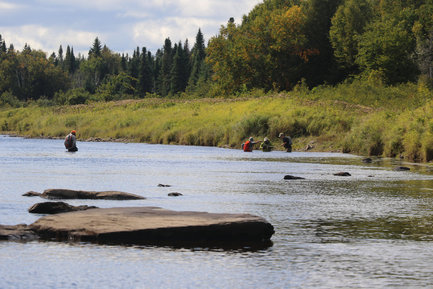 Study of a Northern Wood Turtle Population
David Putnam, University of Maine; Fort Kent, ME
Dave Putnam and his students will work with Maine Inland Fisheries and Wildlife, ATO, and the Northeast Wood Turtle Working Group to employ an undergraduate student with experience in Wood Turtle field research to survey the entire 54 km length of a priority river in Aroostook County, Maine using standardized regional protocols. The study area is on remote, privately owned industrial woodland near the known northern limit of wood turtle range. This project will also expand the relationships between the Wood Turtle Working Group and private timber companies in this vast region. (Complete)