In the fall of 2015, ATO launched its first call for small grant applications to researchers and conservationists working in Canada, the USA, and Mexico. This pilot program was intended to support ATO’s mission to identify and conserve North America’s most important landscapes for freshwater turtles. We also hope to diversify our partner network in the USA, Mexico, and Canada and, where appropriate, to encourage greater regional cooperation. Learn more about ATO’s small grants program and watch for updates at http://americanturtles.org/grants. We awarded $3,500 to conservation-focused teams in Ontario, New York, Nevada, Baja California, Mississippi, and Michigan through a competitive grants process that received >40 applications. We based our awards on project feasibility, project design, conservation need or urgency, and positive ramifications for landscape conservation. Read more about our 2016 grants, below: 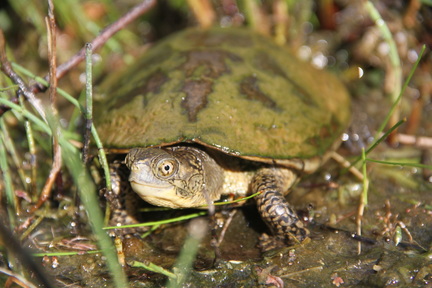 Conservation of the Southwestern Pond Turtle in Baja California
Anny Peralta Garcia and Jorge Valdez Villavicencio  used a small grant from ATO to support their efforts to assess the status of southwestern pond turtles (Actinemys pallida) in Baja California, where a lineage distinct from populations in the United States is poorly known. Already, they visited 45% of historical locations and conducted visual assessments to determine presence and relative abundance of A. pallida. Their project provides valuable information to inform conservation actions for Mexican populations, if needed. (Complete) 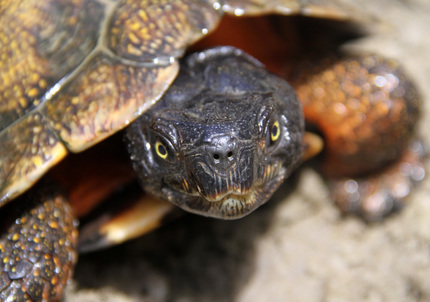 Conservation of the Wood Turtle in Michigan’s Upper Peninsula​
Gary Casper and colleagues used a small grant from ATO to help support the eleventh year of their monitoring program for wood turtles (Glyptemys insculpta) in the western Upper Peninsula of Michigan, which encompasses some of the most robust remaining populations of this species. This region is experiencing increasing pressure from climate change, nest predators, recreation, and resource extraction. This study helps to document long-term population dynamics, and informs National Forest land management practices. (Complete) 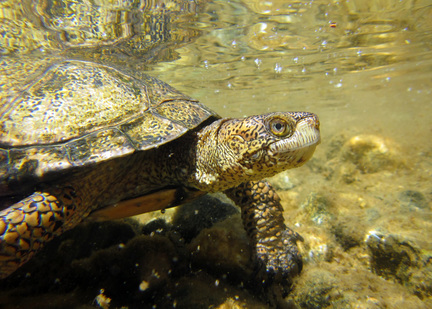 Ecology of the Northwestern Pond Turtle in Nevada
Mark Enders and colleagues used a small grant from ATO as a catalyst to begin studying a geographically isolated population of northwestern pond turtle (Actinemys marmorata) in Nevada through standardized inventory and monitoring techniques, radio telemetry, and genetic analyses; a collaborative effort between NDOW and TNC along the Carson River. Mark and partners expect the products from this project to improve the understanding of pond turtles’ distribution patterns and abundance at a key site in Nevada. (Complete) 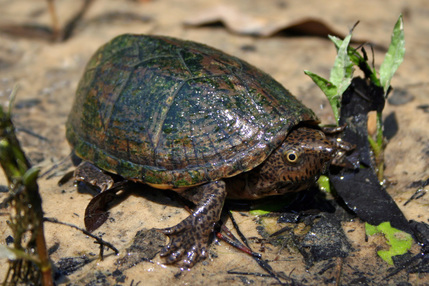 Conservation Genetics of Musk Turtles in the Southeast
Grover Brown and colleagues are using microsatellite loci to evaluate the population structure and evolutionary history of the razorback musk turtle (Sternotherus carinatus) and stripe-necked musk turtle (S. minor) in the Southern Gulf Coast focal area. Population structure within watershed basins may even warrant taxonomic recognition, as was the case for other turtles from the region. Reportedly, thousands of musk turtles are now exported annually to Asian markets, which is a cause for concern. (Complete) 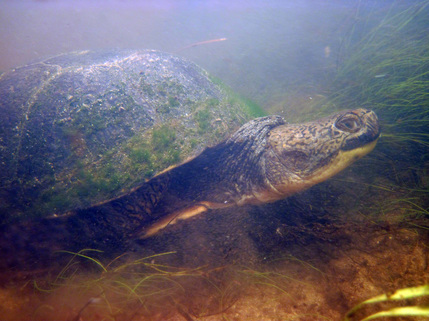 Nesting Ecology of Blanding’s Turtles along the Lake Erie Shore
Will Miller and the Seneca Nation of Indians’ Department of Conservation have been working with regional partners to preserve a small population of Blanding’s turtles (Emydoidea blandingii) on the shore of Lake Erie, the only Erie population known in New York. A small grant from ATO will help purchase radio telemetry equipment to monitor adult female turtles that make their way to the lakeshore to nest. There is a multi-state effort currently working on conservation efforts specifically for Blanding’s turtles. 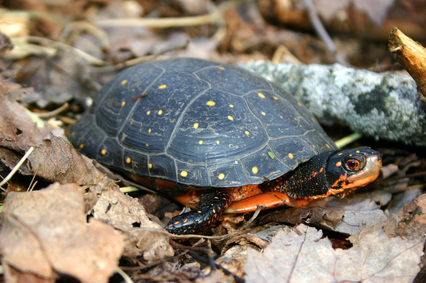 Conservation of Spotted Turtles in Ontario
​Dr. Jacqueline Litzgus at Laurentian University - Université Laurentienne has been conducting a long-term mark-recapture and population monitoring study of spotted turtles (Clemmys guttata) in Ontario since 1991. The study site represents the northern range extreme for the species, and the habitat at the study site is relatively pristine. Over the long-term study, Dr. Litzgus has detected a decline in the population; a small grant from ATO in 2016 will support efforts to understand why the population has declined.
2017 Grants >>>>>